The sun was shining this morning so we decided to pop down to Warnham LNR. We had a walk around, which was quite enjoyable, and then spent some time watching woodland birds from Woodpecker Hide. It hasn't really been cold enough yet for many of the 'winter finches' to come down South and there's still plenty of food around, so it wasn't surprising that not a single siskin was seen today, nor any brambling and very few greenfinches. Chaffinches were around in good numbers though as well as blue tits, great tits, coal tits, long-tailed tits, GSW, reed buntings, robins, dunnocks, wrens, blackbirds, nuthatch, treecreeper and a song thrush. A male sparrowhawk also made a brief appearance but left the feeding station without any dinner.

As for the winter finches, there was also a small flock of lesser redpolls that were enjoying the sunflower hearts. 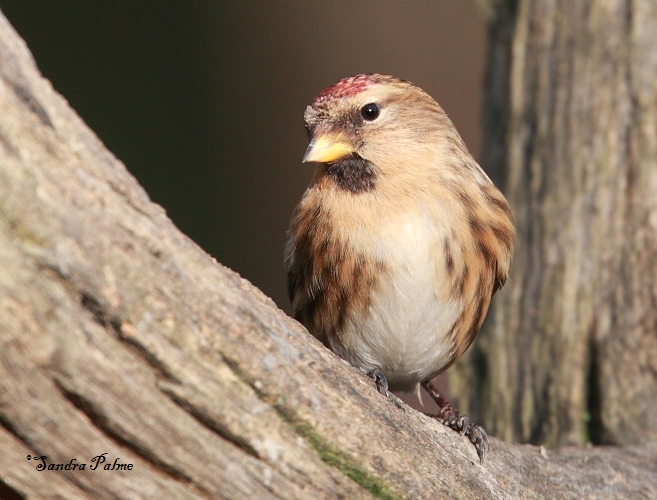 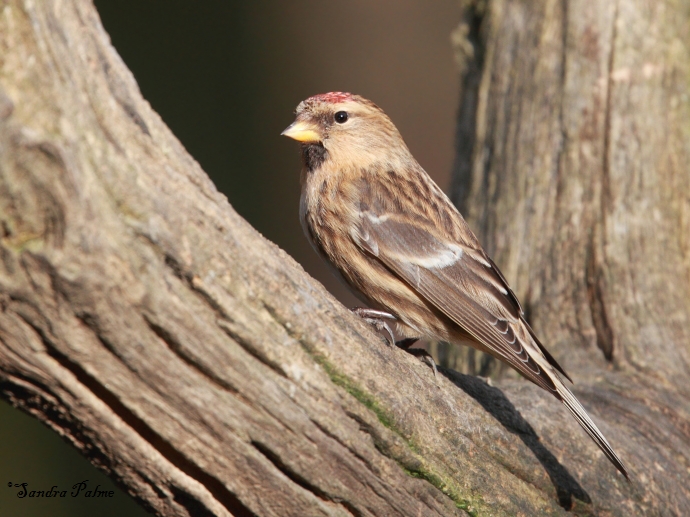 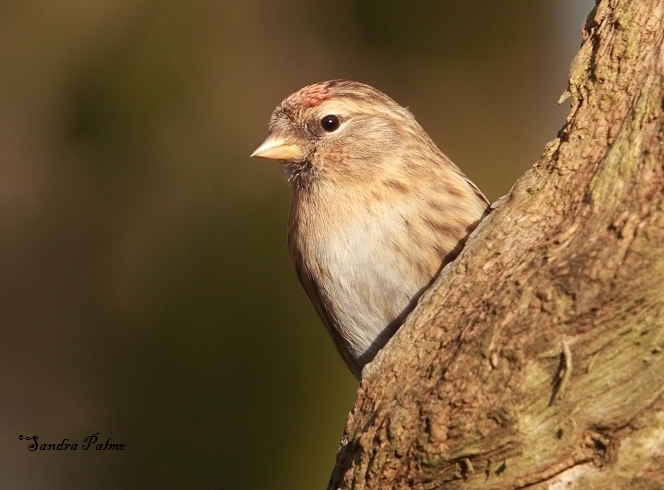 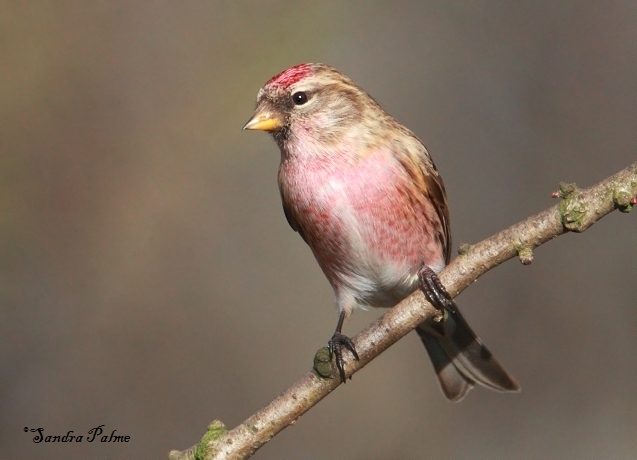 One of the redpolls stood out, however, not only because it seemed to be the only one that was not interested in the sunflower seed: a probable common (or mealy) redpoll. It was noticeably larger and paler than the other redpolls, looked chunky with a "bull neck", a white rump and white wing bars. I did find a mealy redpoll there before, about three years ago, they're fairly rare so it was a lovely surprise especially as the redpoll flock is still small. The bird would only sit on the nyger seed feeder rather than pose on the nicer perches - but I'm not complaining (well, maybe a little bit).

Little and large...well, large and little. Mealy on the left. 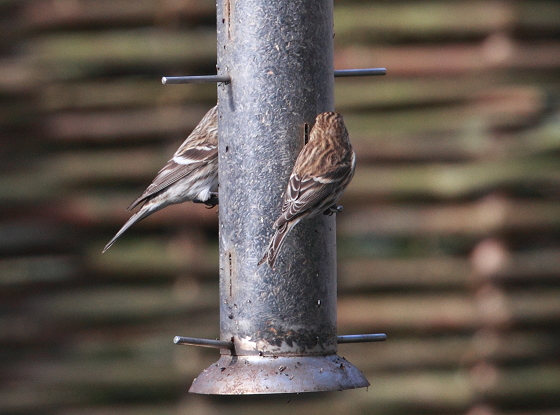 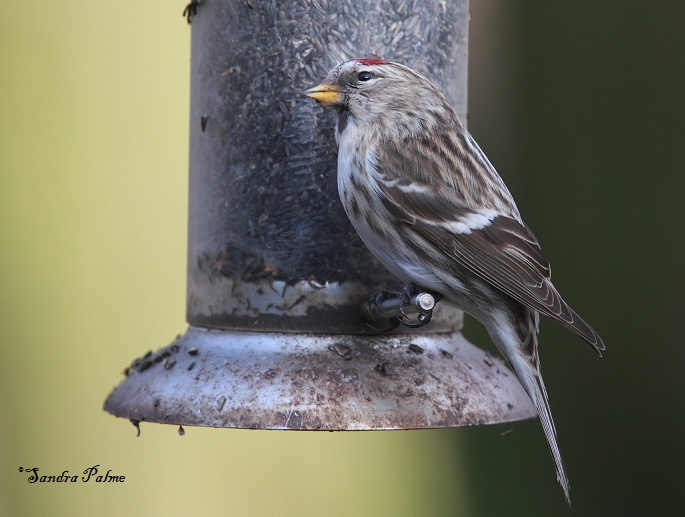 Looking chunky next to the lesser redpoll. 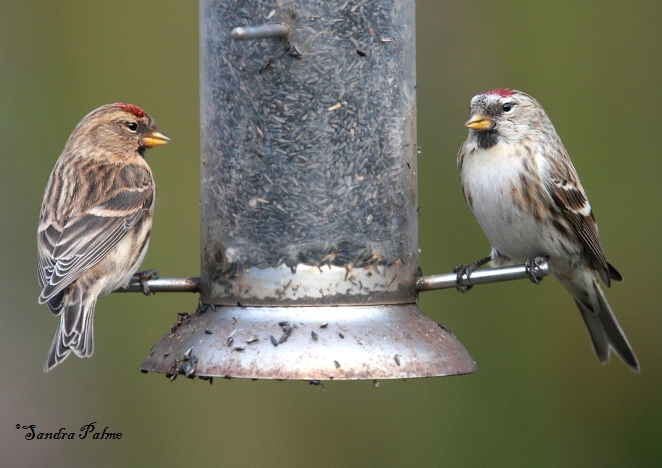 Pretty bird. Is there a little bit of red showing on its chest? Maybe a first winter male? 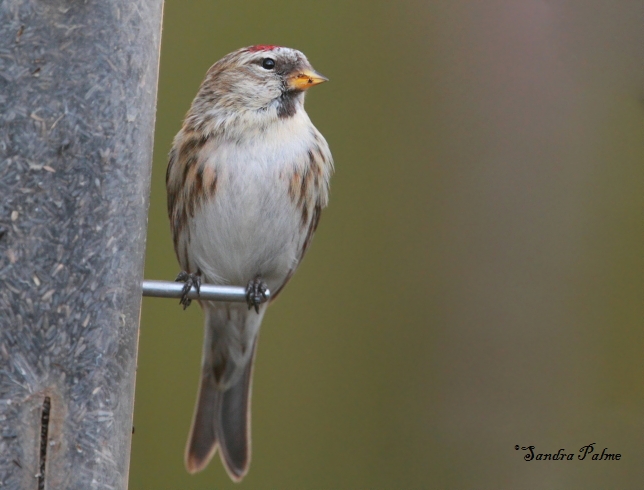 A great bird to see. It was also good to meet David Gardiner who had driven all the way from Battle to visit Warnham LNR!