I have managed to miss the Slavonian grebes that winter at Church Norton for years now...whenever I go, no grebes to be seen anywhere. I don't own a scope so views would not be brilliant, but still.


There has been a Slavonian grebe on Pagham Lagoon for several days now and yesterday, another one turned up on Crumbles Pond, Princes Park (Eastbourne). Yep, that park again! After the Bonaparte's gull and the black-throated diver another fairly unusual bird on the boating lake.
So today I was going to see my first ever Slavonian grebe...but which one to go for? I saw some fab shots of the Pagham bird on Pagham Birder's blog but the Lagoon is huge...feeding at the other end of the lagoon, the bird would just be a blob in the distance. So we ended up driving to Eastbourne, despite the clouds and rain. I was hoping the bird might come as close as "Napoleon" (the Bonaparte's gull) and the diver before. It did not.
The grebe was still on Crumbles Pond, which was a relief after the drive from Surrey, but it was right in the middle of the lake and that is where it stayed.
There were no other birders watching the grebe when we arrived. The heavens opened and I got completely soaked. Then a beautiful rainbow appeared, the sun came out (yes! the SUN!) and soon after, several birders and photographers arrived. Good to see Arthur Greenslade and Paul (icemelter)!

The grebe never came close (only once but the sun was right behind it so no photos possible) but it was still great to see, diving and preening and looking pretty.

So here's a selection of distant shots....where's the 1000 mm lens when you need it!

The grebe enjoying the English weather (apparently the wettest January on record). 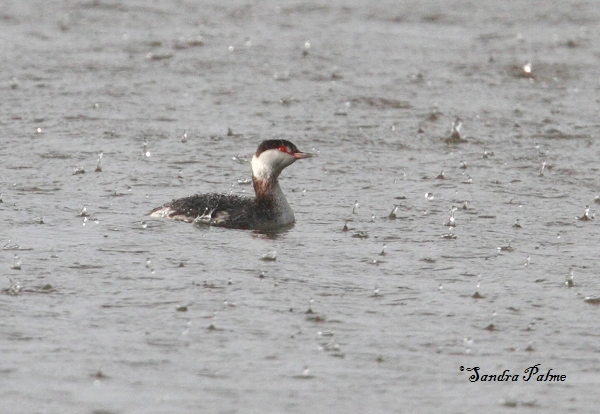 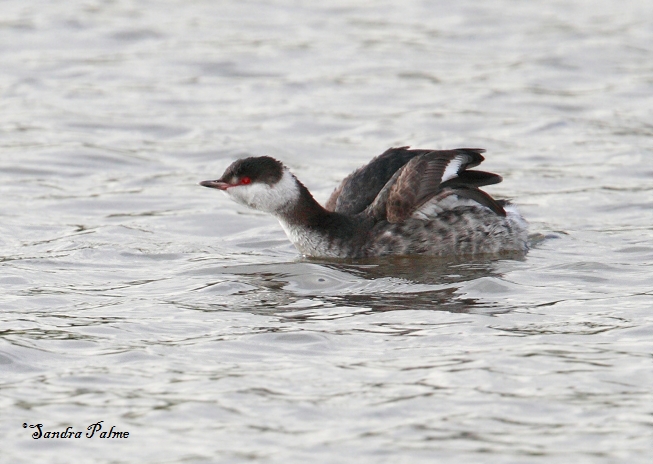 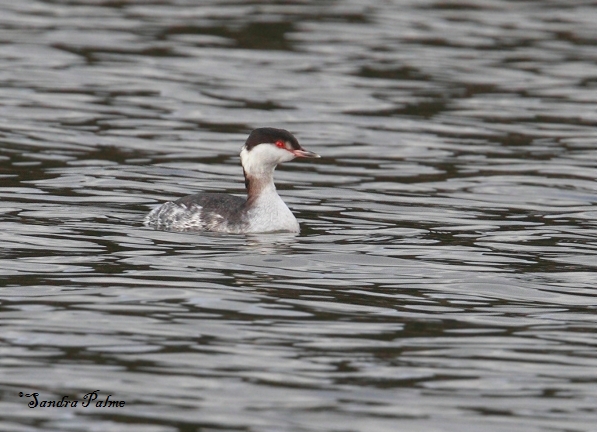 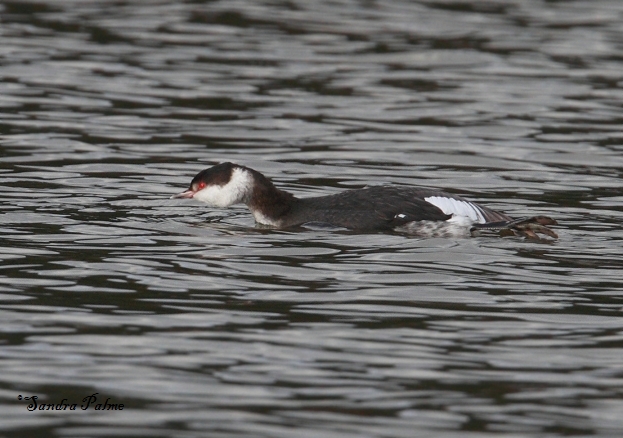 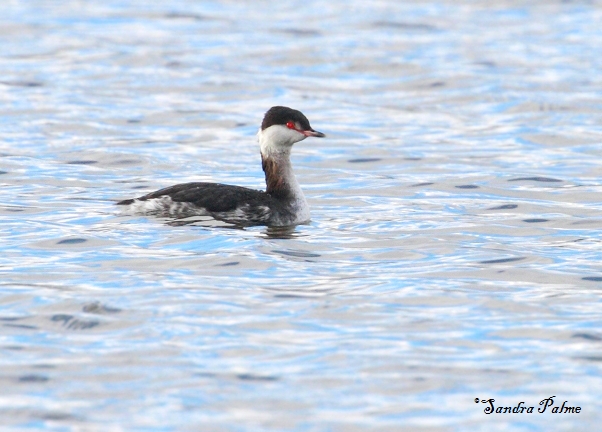 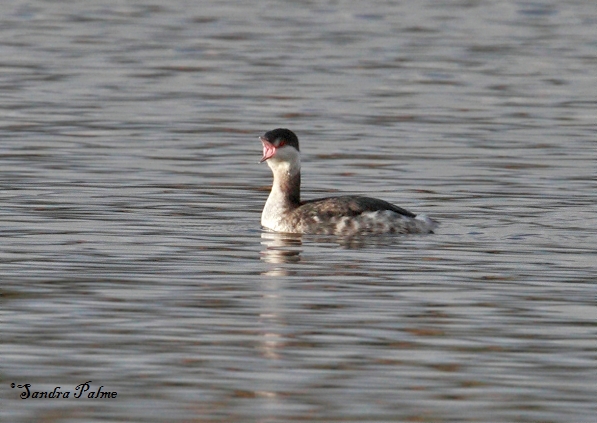 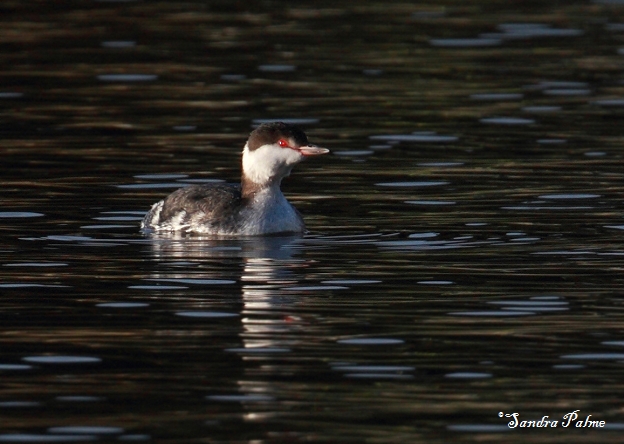 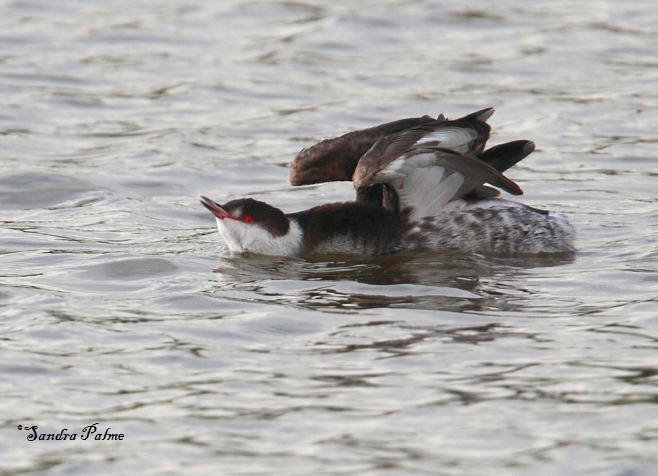 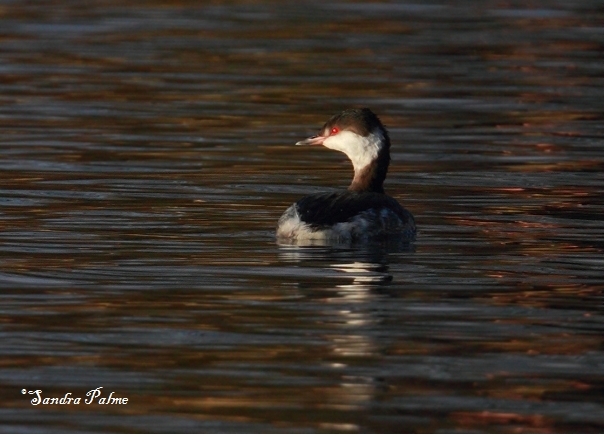 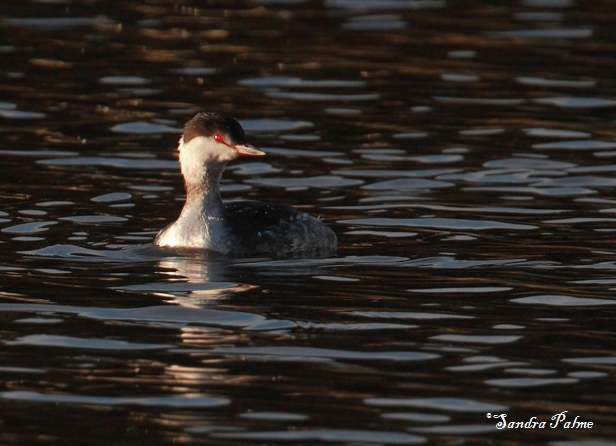 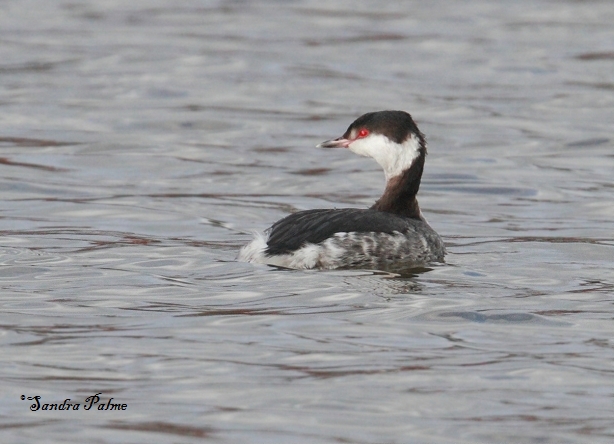