Grey in more ways than one!

A grey day because the Met Office got it wrong yet again, "sun" really meant dark clouds and a chilly wind. We drove to Swanbourne Lake, hoping to spend a few enjoyable hours with the 5-6 firecrests that had been seen and photographed close to the gate, apparently oblivious to birders and photographers. When we arrived, we were greeted by clouds, mud, puddles and a photographer who told us that the firecrest (only one seen that day...) had disappeared about an hour before we'd even got into the car. Great!! And it was freezing. We waited for an hour or two but there were no firecrests to be seen anywhere.

But the day was also 'grey' because a beautiful female grey wagtail did her best to make us smile and feel that driving to Arundel had been worth it, after all. The light was very poor so no fantastic shots were saved on my memory card but watching this colourful and beautifully marked little bird was brilliant. I don't think I saw any grey wags last year so about time too! 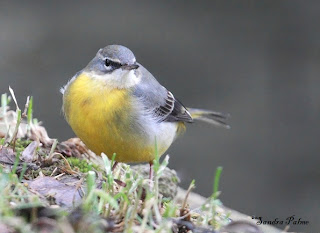 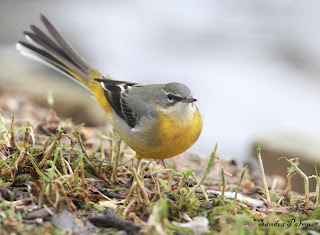 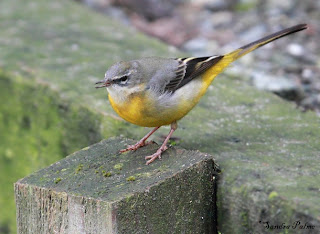 Several pairs of gadwall were on the lake (see pic below), along with hundreds of tufted ducks, pochards, mallards and black-headed gulls. 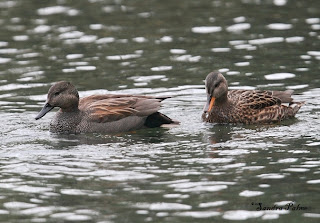 What was this black-headed gull trying to tell me?? 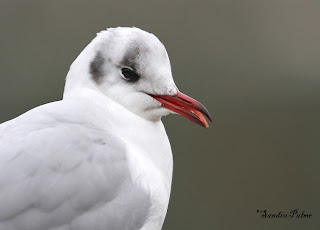 I spotted this lovely jackdaw in a tree next to the cafe. Not sure if it's partially leucistic but it's certainly a very attractive bird! 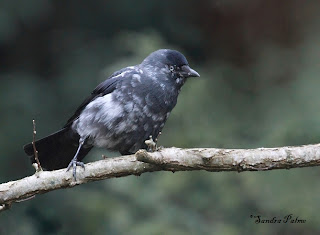 We then decided to walk up the hill to the area where we had previously seen firecrests and indeed, we did first hear and then see one. Gorgeous little birds! The bird, a male, was not willing to pose for any photos so I'll just add a picture one of the firecrests we watched in exactly the same bush about a couple of years ago. This photo was published in the Sussex Bird Report 2011. :) 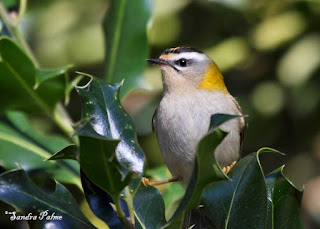 So in the end it was a lovely day out.
Posted by Sandra Palme at Wednesday, January 30, 2013