Robins, blackbirds and great tits have been singing for a while now and with a temperature of 10 degrees and glorious sunshine yesterday morning, it almost felt like a spring day. We decided to pop down to Warnham LNR, always a great place to visit - plus we hadn't been since last September, when the osprey was there.

In winter, I particularly enjoy spending time in Woodpecker Hide, watching the woodland birds. There's always a great selection of birds on and around the feeders, including reed buntings, marsh tits and even the occasional water rail. It is also where I found a common redpoll in March 2011.

I was hoping we might spot a brambling - not an easy bird to catch up with in Sussex. I had not actually seen one at Warnham before, although I do know they used to turn up most winters - but not in the last couple of years.

So we spent a very enjoyable afternoon watching (and listening to!) dozens and dozens of very vocal finches. Chaffinches, goldfinches, lesser redpolls - many males showing off their bright red heads and chests - a huge flock of siskins and a lone greenfinch. 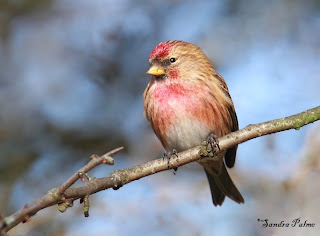 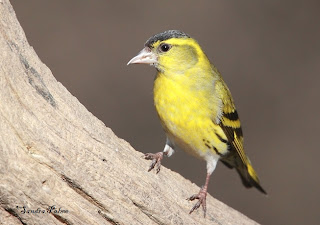 Male siskin posing for the camera. 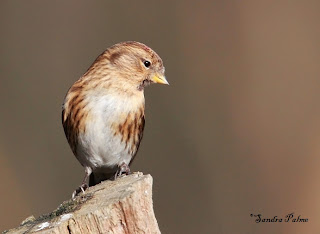 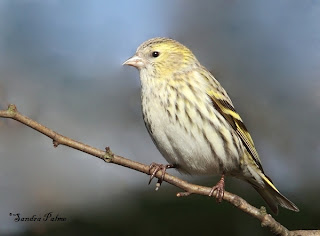 And then I spotted her in the big tree behind the feeders: a female brambling! She eventually landed on the ground and started feeding alongside chaffinches, siskins, redpolls and reed buntings. Oh, and two moorhens and a pair of mallards! 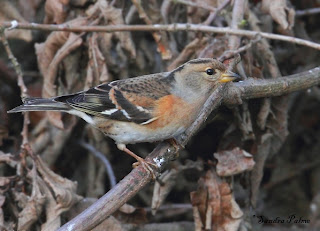 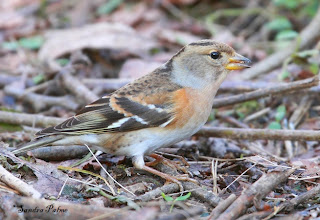 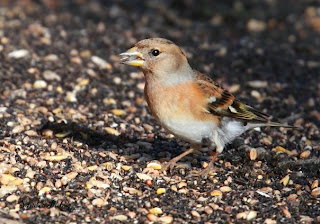 Beautiful markings on her back and wings... 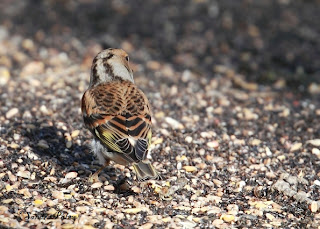 A second female brambling also made an apperance, as did a small flock of long-tailed tits. These little cuties never fail to make me smile! 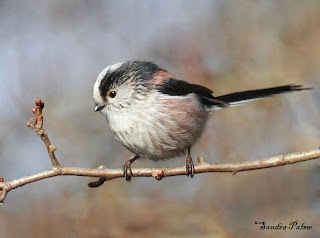 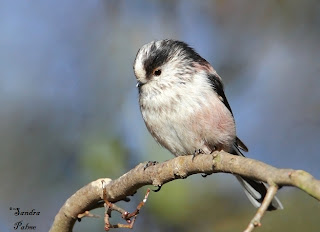 Just as we were about to leave, a male great-spotted woodpecker appeared and wanted to have his photo taken. I happily obliged! 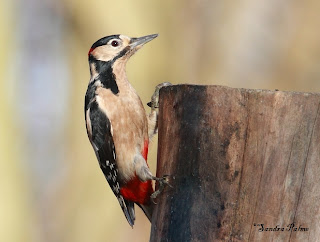 I'm already looking forward to our next visit to Warnham!
Posted by Sandra Palme at Thursday, January 31, 2013