When I entered the bird hide at Warnham NR this afternoon, I was slightly worried. A bittern had been spotted yesterday and, according to the warden and a few other birders, it was still there. So while I was looking forward to a potential 'lifer', I also remembered Blashford Lakes where I was THE ONLY PERSON in the hide who failed to catch a glimpse of the bittern. I was determined not to leave the Heron Hide before I had seen it as well, and without bins!!
Guess what, I did see it! My first ever bittern. It was hiding, pretending to be a reed, far away on the other side of the lake but hey, it was there! I can even prove it. Trust me, there is a bittern in there somewhere! 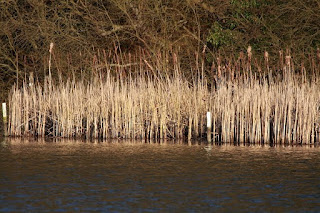 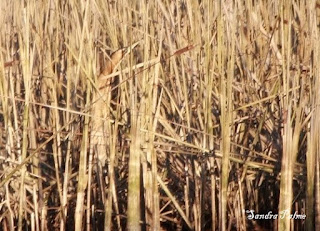 Not the worst record shot of all time either! Quite pleased actually that although it was so far away you can still see what it is.

I have finally seen a bittern! :)

Congratulations. Bitterns and rails are a bit challenging.

Congratulations. Bitterns and rails are a bit difficult to spot.

Thanks! Yes, you are right...they are so well camouflaged!