A Jack Snipe appeared in front of Tern Hide at Warnham Nature Reserve (West Sussex) last Sunday and then was seen again the following day after opening hours.

We decided to pop into Warhnham last Tuesday afternoon, after a nice day at Pulborough Brooks, where we saw several snipe, dunlin, a confiding treecreeper and a water rail amongst many other birds - and the first chiffchaff of the year, which was lovely: 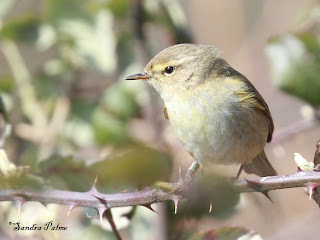 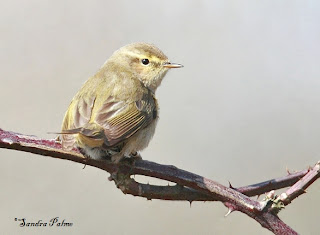 Not many summer migrants have arrived yet due to the cold and windy weather. I still have four bramblings in my garden (they have been around for about 2 months). This is the male (photo taken with a small digi cam through the window yesterday): 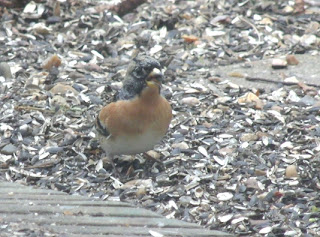 So we arrived at Warnham at about 4 p.m. and found Tern Hide empty - very surprising. No snipe to be seen anywhere either but it was worth a try. A couple of birders arrived a little later and while I was chatting with one of them, I spotted the jack snipe feeding by the water's edge about 10 metres away. Wow! It was doing its special jack snipe 'dance', bobbing and bouncing up and down while feeding. Amazing!! 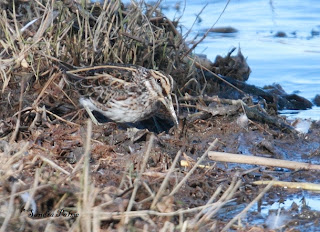 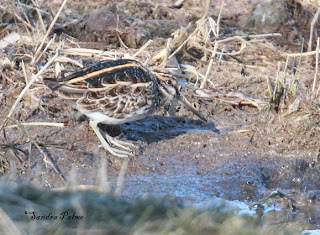 The mallard shows how very small a jack snipe is! 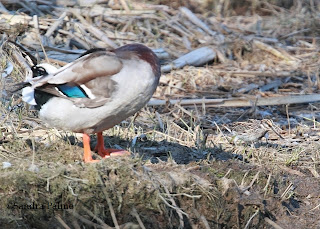 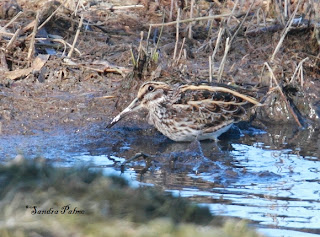 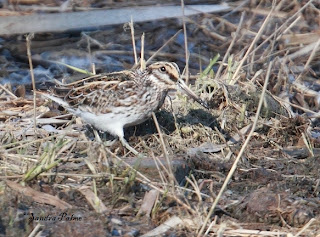 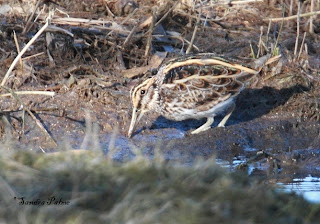 A beautiful grey wagtail was also showing well right in front of the hide: 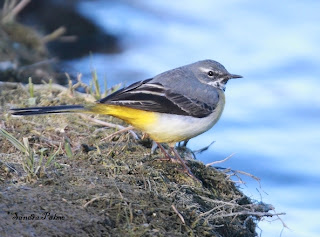 Apparently, after two days of hiding, the snipe was seen again today. I wonder how long it'll hang around for.
A wonderful bird and being able to watch and photograph it was a very special treat indeed! Warnham really is a great reserve that we have been visiting regularly for many years and I thoroughly recommend a visit.
Posted by Sandra Palme at Friday, April 05, 2013