Read Part 1 of this blog post here....
Still at Warnham, I managed to get a few nice shots of my 'bogey bird': a wren. I see these confident little birds all of the time...yet getting a decent photo of one is a completely different matter! 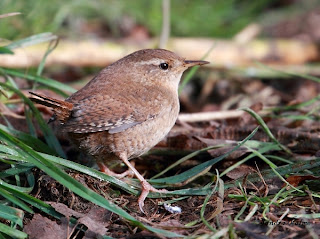 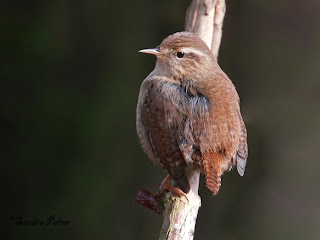 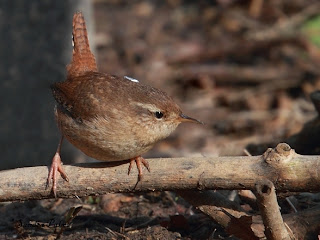 As you can see, foraging at the bottom of a tree that has dozens of finches in it, has its 'dangers'. Note the wren's back in the last photo - looks like one of the finches is a very good shot! The poor wren won't have enjoyed preening himself that day!!

After a couple of hours, we left Warnham and went to Goring, where a snow bunting had been spotted. When we arrived, the bird had been missing for almost two hours, after being chased by a dog (no comment!!!!). But we were lucky...another birder had just spotted it flying down the beach and after 10 mins of searching, it was relocated and we enjoyed great views of this little beauty. Seeing a snow bunting is always very special.
The bird was repeatedly spooked by people who either didn't care or thought it was very funny to just walk right up to the bunting despite several birders and bird photographers watching it. One woman couldn't stop laughing when her husband made the bird fly off by almost treading on it - I clearly missed the joke because I felt like throwing her into the sea. I don't think you need to be a bird watcher to realise that maybe you should walk around the bird that other people are enjoying rather than spoiling the moment for everyone.

Anyhow, I took so many photos of the snow bunting that my memory card was full but the light was poor. My best efforts: 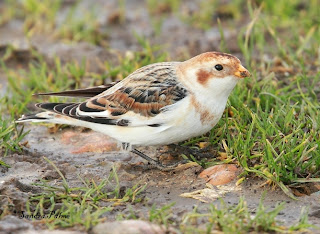 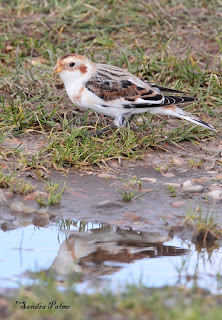 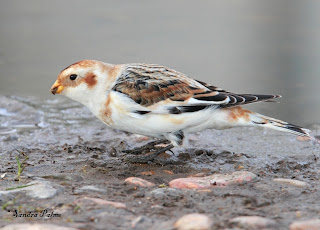 Such a lovely bird! 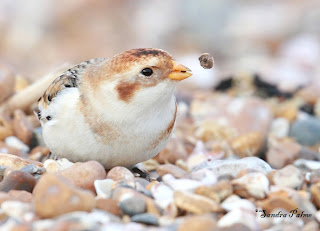 Don't ask me what the strange flying object next to the bunting's head is...I guess the bird was doing some magic. 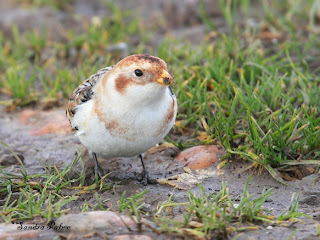 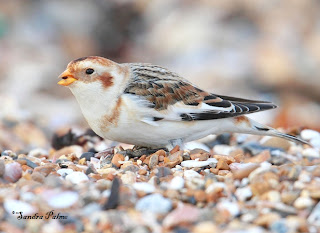 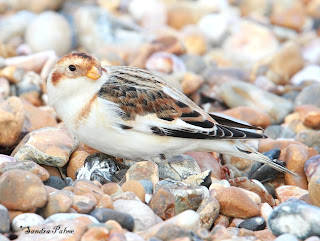 We then stopped off at Warningcamp for a brief look at the Bewick's swans. 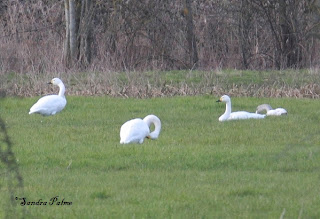 Finally, we watched at least 3 different barn owls at Coldwaltham. They were a bit distant but wonderful to see. Gorgeous birds. 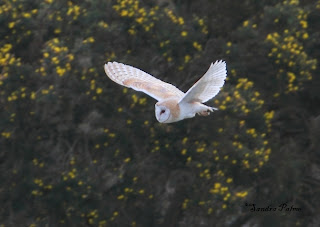