An American in Eastbourne and Fulmars in Newhaven

It was a lovely sunny day last Monday so I fancied a trip to the beach. Well, to watch birds, obviously. There are still so many British birds I haven't seen and I can look forward to encountering at some point - as I don't keep any 'lists', it doesn't matter to me WHEN it's gonna happen. I'm realistic enough to realise that many of our native birds I'll never get to see but I also know that I'll spend a lot of time happily watching and photographing old friends, over and over again. Birds make me happy, they make me smile inside. My garden birds bring me joy every single day and so does any bird I get to see when we go out birding. New birds fascinate me but so does the behaviour of birds I'm familiar with. There's always something new to see. I actually pity people who can't enjoy our 'common' birds anymore because all they care about is ticking off rarities. They're missing out, in my opinion.

If a rarity lands somewhere local, then yes, I'd like to see it - but I have to say that I have mixed feelings if it's a vagrant rather than a migrant. Yes, it'll be a fascinating bird for me and I'll enjoy seeing it (as long as my presence does not stop it from feeding - the same goes for tired migrants). However, it's also a lost little soul, an individual that in all likelihood will never get home again and will never find a mate. So while twitchers always hope for a foreign bird to get blown off course, I do not. I'd much rather they could stay where they belong and live the life they are meant to.

We have enough wonderful birds in this country. One of them is the fulmar, a seabird and a relative of the albatross. There are several colonies along the Sussex Coast and unlike kittiwakes (another species I'm looking forward to seeing for the first time this spring), adult fulmars stay at their breeding sites for the winter as well. One of the best places to see them in East Sussex is Newhaven so that's where I wanted to go last Monday.

Practically up the road from there, at Princes Park in Eastbourne, an American vagrant has been drawing in the crowds. Birders and twitchers from Sussex and beyond have been enjoying an adult Bonaparte's gull that has joined a flock of black-headed gulls. It's probably been around since last October. Having seen lots of photos of it and having read about it on forums and on blogs, I decided that it would be silly not to stop off at Princes Park before seeing the fulmars.

The tiny gull was around when we arrived but wouldn't come too close to the bank - apparently a sparrowhawk had just spooked it. A very beautiful little bird, smaller than its black-headed cousins, with a small black bill and pink feet. 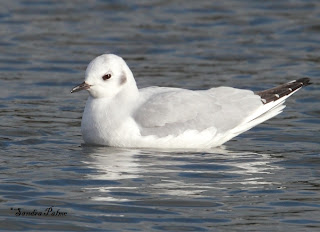 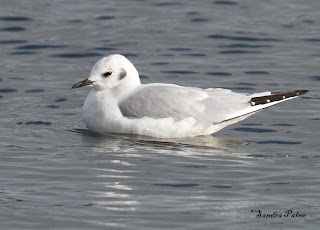 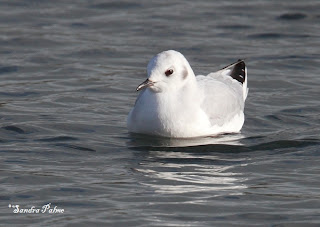 I'm quite happy with my photos but unfortunately I was unable to focus when the bird took off and flew around for a few seconds so I only got very few flight shots, none of them very good. Later, on the way home, when I had a closer look at my camera (worried that there might be a problem with my lens), I realised that I must have accidentally changed the single spot metering - it was no longer in the centre but somewhere on the right. No wonder I couldn't focus! Stupid!!! Anyhow, I did get a few nice shots of this beautiful little gull. 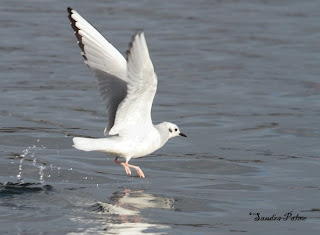 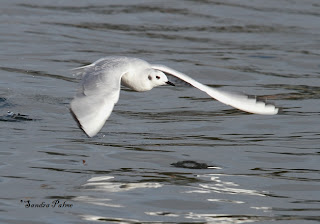 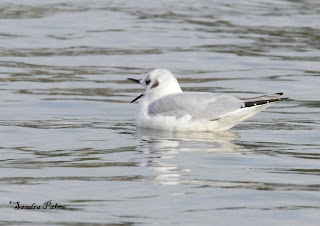 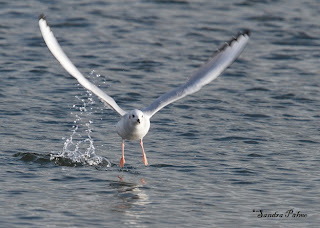 It was nice to see the bird and also bump into a few familiar and also some new faces I have been chatting with on Facebook.

We didn't stay long, after all we had a date with some fulmars! When we arrived at Newhaven, I was amazed at just how how close you can get to the cliff where the fulmars roost and nest.
What annoyed me, however, was the fact that the grassy patch next to the car park & in front of the cliff appears to be used mainly as a giant dog toilet - you had to watch exactly where you were treading with turds practically everywhere. Why oh why can't people clean up after their dogs? Is it really that hard?? I hate it when I can't enjoy nature and birds because I can't walk in a straight line....Cissbury Ring and Iping Common are mainly dog toilets as well and it just takes away a lot of the enjoyment for me. Plus it's also dangerous, especially for children.

Anyhow, what can you do...back to the fulmars! A lot of them were sitting in the nesting holes, others were chatting with each other or flying around, trying unsuccessfully to land where another bird was already sitting. We spent a very enjoyable couple of hours watching these fascinating birds. They have very unusual & interesting bills, with a little tube above their nostrils, called naricorns. I think these also help them excrete the salt they ingest with their food (mainly fish). Fulmars belong to the family of Procellariidae- tubenoses! 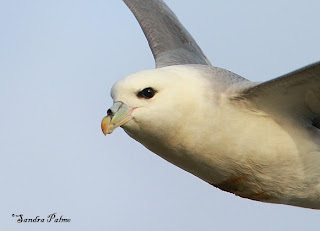 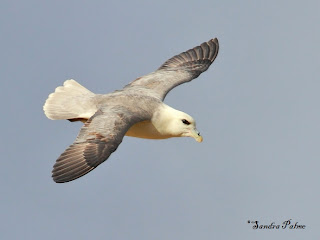 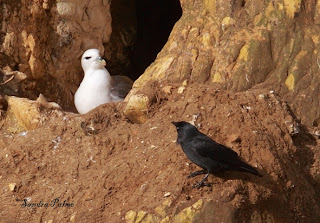 Visit from a jackdaw...the fulmar is not impressed. 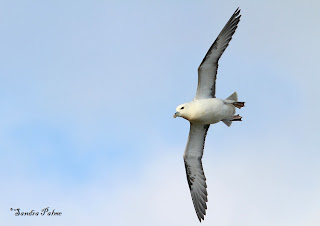 Check out that wing span! 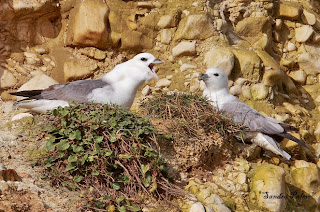 Two fulmars bonding...breeding season is just around the corner! 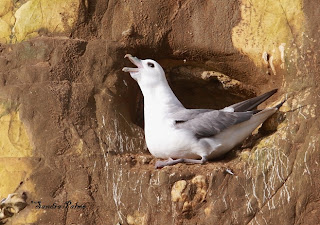 This is where I'll nest! Keep away! 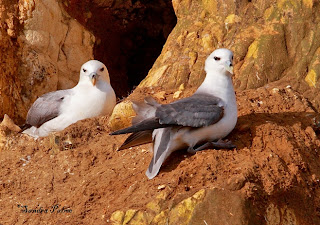 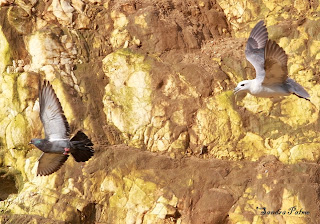 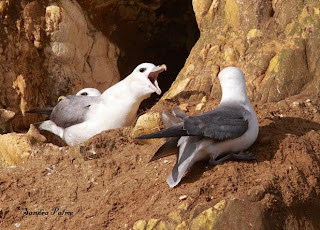 No! This place is already taken! Go away! 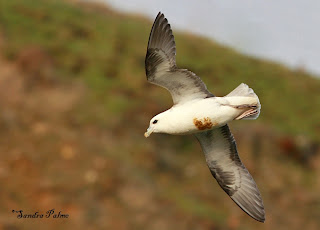 I'd love to go back when they are feeding chicks, watching them from a distance. Not sure if these fulmars are used to visitors during breeding season or whether they will attack - they basically throw up on predators or unwanted visitors, using smelly stomach oil. That's also why they're called fulmars - from Old Norse 'full' meaning foul and 'mar' meaning gull. So I guess I need to find out about that before we go again as I don't fancy getting spat at - especially as upsetting breeding birds is NOT on, EVER! So we might just visit them again before or after breeding season. But visit again we shall!
Posted by Sandra Palme at Sunday, February 10, 2013

Lovely post. Hope you do make it back to see the Fulmar chicks. Your photos, as always, are fantastic.

Thank you very much, Wendy! :)

Great blog post, Sandra and wonderful pictures. The fulmars are wonderful birds... I must get there one day!!

Thanks Tricia, glad you enjoyed your visit to my blog! :)