Long time no speak! My temporary silence was not caused by a lack of birds though!
Pulborough Brooks has been our favourite birding spot of late - there's just so much going on with all the warblers back from Africa and singing their little hearts out, record numbers of nightingales performing well and the odd rarity...
Warblers such as the whitethroat, my favourite... 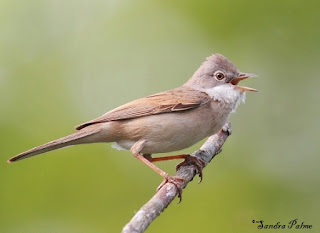 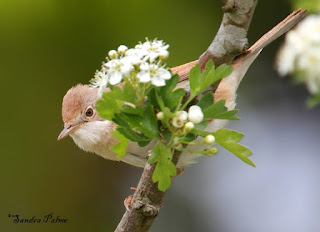 or the garden warbler: 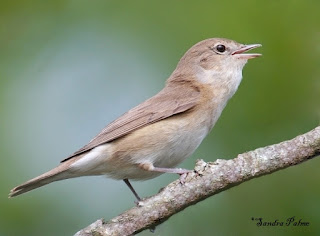 Also blackcaps, lesser whitethroats, chiffchaff, willow warbler...so lovely to watch and listen to.
I was also looking forward to hearing the nightingales at Pulborough and maybe catching a glimpse of one. I was in for a real treat - I didn't just catch a glimpse of one or two but got to watch several perch right out in the open and sing. Magic!!!! 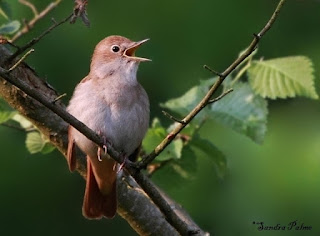 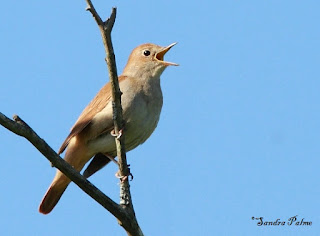 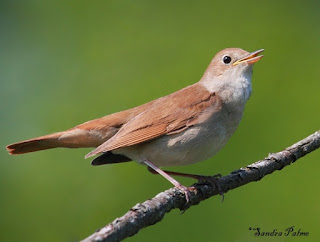 Another highlight last week included a totally unexpected osprey flying over the reserve. I even got a shot of it! Not a bird you get to see every day.... 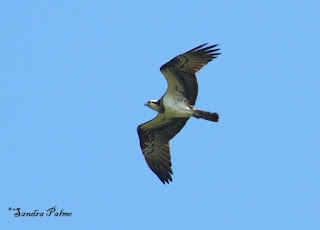 This morning, a wryneck was reported at Pulborough Brooks - a very rare visitor, especially in spring. Again a bird I'd been wanting to see for ages. I kind of expected it to have disappeared by the time we got there and the first birder we met on our way to the field where it had been spotted told us he had not seen it. Oh well...
However, when we arrived at the field in question, there was a mini twitch going on with birders in the field and along the fence, pointing scopes and cameras at a hedge that the wryneck had apparently disappeared into. Too far away really for my 400mm lens...so I tried to get closer to the fence, despite nettles and bramble (ouch - you should see my legs!!)...the breeze didn't help either. But the bird was still around so I was quite happy to wait...when people behind me shouted out 'there it is!' I couldn't spot it at first (typical!) but then it came out into the open, feeding among cattle and rabbits. Phew! It was almost impossible to get a sharp shot of, it was just too far away. It then flew up onto a fence post posing nicely for the few birders that had been patient and a green woodpecker perched behind it. Quite a sight! 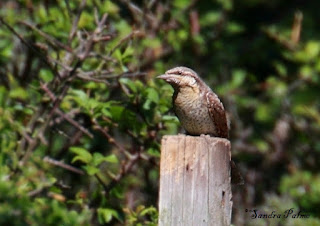 It was then spooked by a rabbit and flew into the hedge. Yay, I'd seen it!
We then walked around the reserve and had great views of a pair of whitethroats looking for a nesting site (at least I think that is what they were doing) and saw three lapwing chicks (awwwww!) and a greenshank from West Mead Hide. Unfortunately there are two wasp's nests in the hide and I didn't like the wasp that decided to buzz around my head. I wasn't able to spot the little ringed plovers, yet again.

When we returned to the place where the wryneck had been, there was no-one else around. I had a good look around the field and finally managed to relocate it! It was also a little closer to the fence so I got a couple more record shots. What a beautiful bird!! 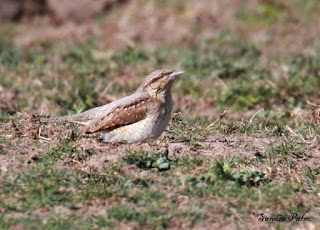 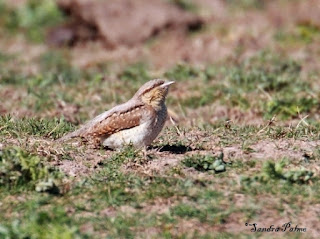