A few days ago we decided to go to Pagham again - still hoping to find a wheatear. With more and more sightings all over the country (and indeed at the exact places we have been visiting) it was actually hard to believe we still hadn't seen our first Oenanthe oenanthe of the year!
We first stopped off at Pagham Spit - there were a few lovely linnets and the pair of ringed plovers was still in front of the hide, along with a few turnstones but nothing much else around. Any wheatears anywhere? Nope. 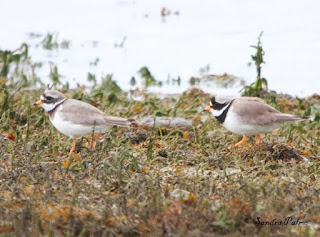 So on to Church Norton! On the way up to the beach, we had a chat with a nice couple who had also spent the morning birding. Had they seen anything good? Not really, just the usual waders and a few warblers (sounds good to me though!). Any wheatears? Oh, yes, they saw quite a few a couple of hours earlier, around the visitor centre at Sidlesham. Right...ok then, maybe pop over there later (but what were the chances of the wheatears still being there...whenever we arrive somewhere, they've moved on!). So we decided to check out Church Norton first, as planned. 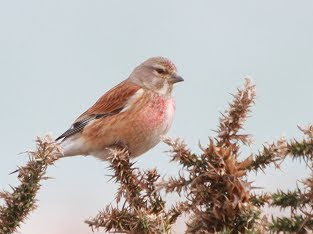 Lots of linnets around again, singing from the gorse bushes and also quite a few greenfinches. There appear to be more in West Sussex this year than ever before which is great! I'm actually just looking at one on one of my bird feeders as I type this, happily munching away on sunflower seeds! A male in breeding plumage...stunning! So we walked up to the beach, scanning the shingle and shoreline for birds but the tide wasn't out yet so not many waders around.

Back on the path, I all of a sudden noticed movement on the ground, between two gorse bushes. I really had to stop myself from shouting out loud: a wheatear!! And: a MALE wheatear at that, exactly what I had wanted to see the most (the wheatears we saw last autumn were all females so I really wanted to see a male as well)! The bird was on the shingle, busily feeding on insects. It wouldn't let us come close so we just took some record shots and watched it for a while. We soon realised that there were at least one other male and a female, also busy feeding. Fantastic! Finally. :) 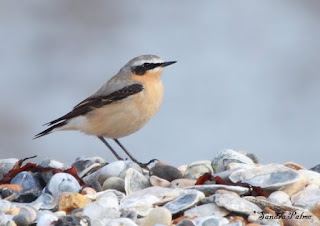 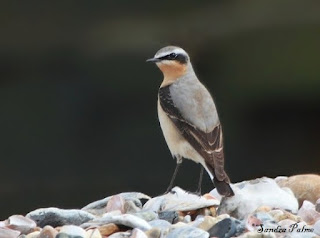 We soon left them to feed in peace. Walking towards the severals, we heard a Cetti's warbler singing and willow warblers & chiffchaffs were busy hunting insects. 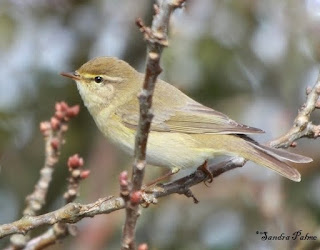 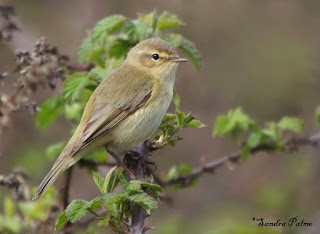 While taking photos of these beautiful little warblers, we heard the Cetti's again and were amazed to actually see it flying into a tree right in front of us! Not a bird you get to see very often! I managed to get a couple of shots - not perfect ones, as the warbler was trying to hide behind a twig but I'm still chuffed to bits that we saw it and got a photo or two to prove it - definitely better than my previous record shot. :) 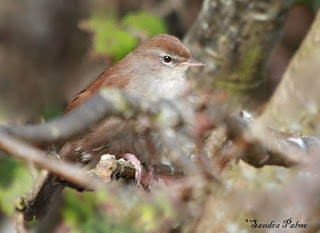 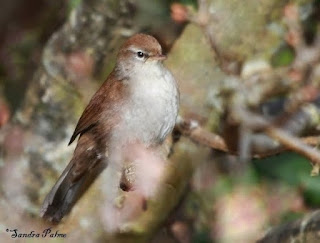 Two mute swans were flying over only to return a few minutes later and eventually landing on the beach. I have to say that it was a rather unusual sight! A swan on the beach! 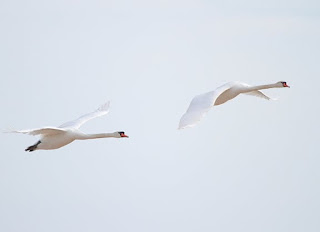 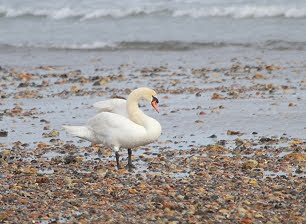 Other birds of note were five sand martins in off the sea, redshanks and oystercatchers. I was actually sure that the first hirundine I saw flying above us was a swallow (or possibly a house martin) but it disappeared too quickly; the distant shot I did get of another bird following the first one shows a sand martin. 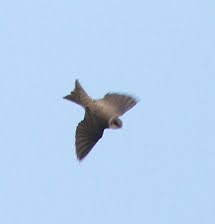 Do swallows ever travel together with sand martins? Or would house martin be more likely? Anyway, lovely to see any hirundines!
When we arrived at Sidlesham later, there were no wheatears there at all - so just as well we'd spotted our own on the beach! :) Two beautiful male linnets posed for us - quite unusual really, they tend to be so shy. 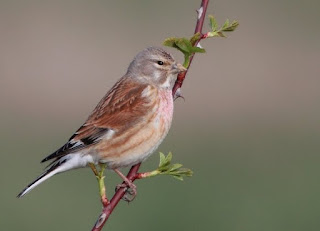 Male linnets (if you look closely you can see they are two different individuals!) 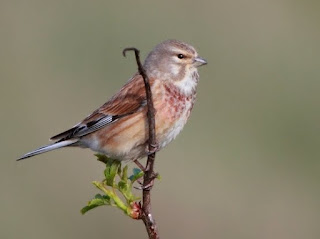 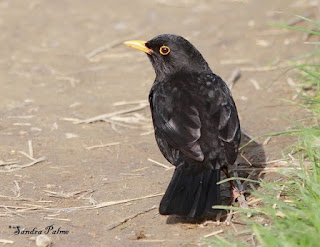 A wonderful day's birding indeed! :)
An afternoon visit to Pulborough Brooks a couple of days later produced our first (definite!) house martin of the year, a swallow, a wren collecting nesting material and lots of singing chiffchaff, willow warbler and blackcap. Swallow 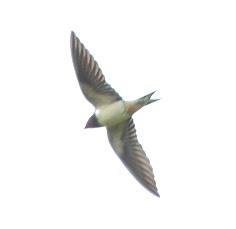 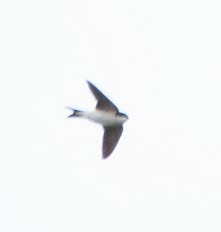 One of a pair of robins catching flies - there are probably some chicks waiting for dinner somewhere! 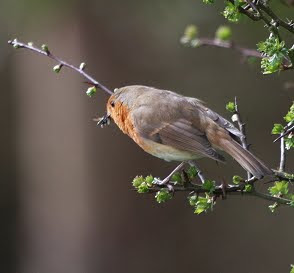 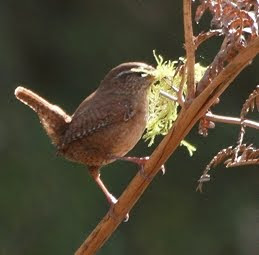 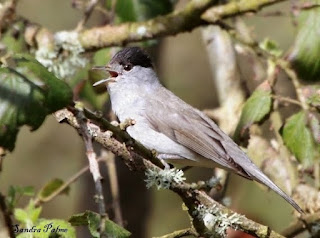 I was hoping to see my favourite migrant warbler, the whitethroat - two were reported a few days ago and also the first nightingale. Very early! We didn't see (or hear) either so I shall look forward to our next visit there! :)
Posted by Sandra Palme at Wednesday, April 06, 2011